Derelict Buildings in Worcestershire to Explore

Worcestershire, like many counties in the UK, is steeped in rich history. There is evidence of human inhabitancy from the Palaeolithic period more than 500,000 years ago.

This means the county of Worcestershire has witnessed a lot in its time, including the shift from neanderthals to homo sapiens in human evolution.

With this in mind, Worcestershire has seen countless settlements erected over the years, but through natural events, many have been lost. Despite this, there are several Worcestershire buildings that have been frozen in time, and you can observe the ruins of the past to this day.

If you’re holidaying in Worcestershire at one of our luxury parks, we would encourage you to get out and explore all this stunning county has to offer, including its vacant buildings. Should you choose to holiday with Allens Caravans and venture offsite for a day of historical learning, here are some of the top derelict buildings in Worcestershire for you to explore.

Witley Court was built during the Renaissance period. This time frame is famed for its classical art and cultural exchanges, with many cultures intertwining to produce stellar advances in education, philosophy and architecture. This meant buildings in England were heavily influenced by other countries, including Witley Court. Constructed in 1655 for the wealthy Foyle family, Witley Court in Great Whitley took inspiration from Italian architecture.

Many different families inherited ownership of the property, with the last owner being Sir Herbert Smith who took over the impressive mansion in 1920. By this point, many modifications had been made to the property, creating an amalgamation of different historical periods reflected in all corners of the building.

The grand walls held parties and balls galore, with the finest aristocrats and socialites in England congregating frequently. The heyday of Witley Court soon ended, though, and some might say in good time.

Sadly, there was a big fire in 1937 which tore through the mansion and left it in ruins, never to be repaired. Luckily, the shell of the property survived, although it has not been restored. Nowadays, English Heritage has worked to restore the gardens of the mansion, though the interior remains untouched. Despite this, it makes for an excellent day out as you can see what once was one of the greatest mansions in all of England.

In 1942, during the Second World War, everyone had a part to play in keeping the UK safe from the threats of war, and it wasn’t just the soldiers who bravely fought for freedom. All over the country, code breakers and researchers were working hard to identify and dissolve potential threats before they occurred, and some of this work was carried out in Malvern at what is now known as the QinetiQ South Site building.

The Telecommunications Research Establishment (TRE) moved to the site in Malvern to continue research into Radar, the technology that allowed the UK to identify potential air, sea and ground threats from the opposing side. This technology was essential and undoubtedly played a big part in the war effort, but since the war, the site has fallen into disrepair.

The site was bought by Persimmon Homes who are in the process of demolishing the site in order to make way for new homes. There are lots of 3D scans, photos and drone footage of what the site used to look like for you to mull over.

If you head into Kidderminster you’ll find a Grade II listed building in the form of Puxton Mill. Built in the late 1800s, the mill was built by a company called Jellyman’s to manufacture tarpaulin. In its later years, it was repurposed as a carpet manufacturer, but it was later abandoned and is now a hotspot for those who like to explore derelict buildings.

All the original machinery has been removed, but you can freely walk around the five floors of the building. It is nestled against a sandstone cliff that separates the river, creating a mysterious atmosphere to the building. There are few examples of this type of architecture in Kidderminster still standing, so it’s well worth a look if you’re in the area for a day trip. 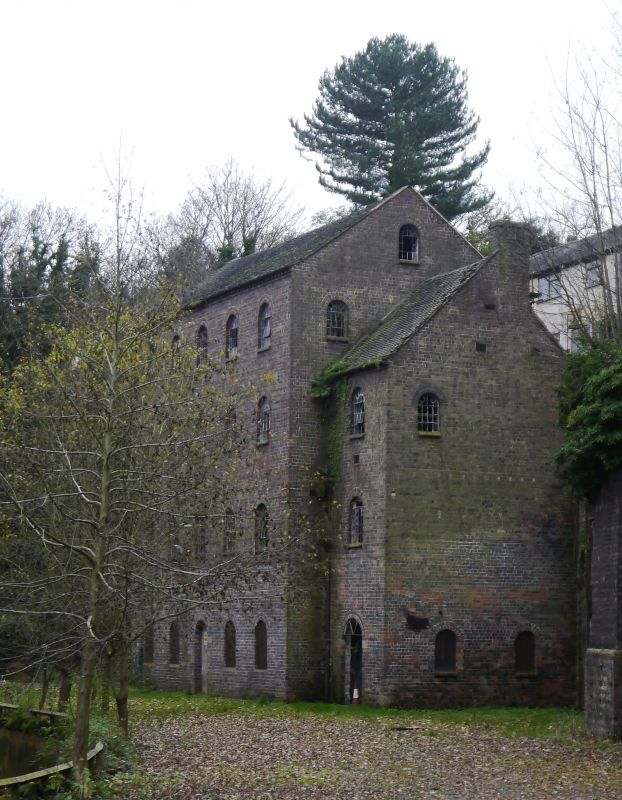 Built in 1863 was one of the grandest stately mansions in the whole county – Mount Battenhall. After the house was sold, it was largely used as a hospital during World War I. Following the war, The Sisters of St Marie Madeleine Postel from St Joseph’s Convent School purchased the building and it became St. Mary’s School in 1934.

The private school stood and educated girls in Worcestershire for 80 years, but it closed in 2014 after they said they were struggling to recruit pupils. The former mansion has since been converted into over 100 new homes, but you can still admire the original architecture from the street. The beautiful front façade leads to over 15 acres of Victorian beauty. The building is Grade II listed, so whilst changes have been made, it still retains much of its original beauty for you to gaze upon.

The county of Worcestershire has a lot of offer holidaymakers and is the perfect destination for your next getaway. Relax in style and comfort at one of Allens Caravans’ luxury parks. Visit The Springs for family fun and lake fishing, Bredon View for golf and countryside walks, and Abbot’s Salford for heated outdoor swimming and live entertainment.

To find out more about Worcestershire, things to do and which park to stay, please contact us and we’ll be more than happy to help.

Keeping Active on Our Parks
Recent News 18th May 2022

What is Included in the Cost of Your Holiday?
Recent News 18th May 2022

All our holiday parks are equipped with a wide range of entertainment facilities to keep everyone ha...

Are you spending Easter on an Allens Caravans park? We've put together some ideas on how you can kee...

Planning for the Year Ahead
Recent News 23rd Mar 2022

Planning for the Year Ahead

This year is set to be a busy one, with lots of events and celebrations dotted throughout the year, ...

Why You Should Opt for a Staycation This Summer

The time has come to start thinking about where you’re going to be headed on your 2022 summer holi...

How Are Mobile Homes Moved?

Mobile homes are, as the name suggests, mobile, meaning they can be moved from one location to anoth...

Read all about our competition winner Diane, who was the lucky winner of our luxury hamper giveaway,...

Take a look at our exciting event at the NEC which we take part in each year! Our expert sales team ...

How to Find the Right Holiday Park for You

Are you on the hunt for a UK holiday park? Look no further than Allens Caravans. We have plenty of p...

Are you a fitness fanatic looking to keep fit during your holiday? Allens Caravans offer a...

Are you on the hunt for static caravan holidays near me? Look no further than Allens Carav...

Are you still yet to establish plans for the upcoming Jubilee weekend? Why not book a holi...

All our holiday parks are equipped with a wide range of entertainment facilities to keep e...

Worcestershire, View the park
View more results
We use cookies to ensure that we give you the best experience on our website. If you continue to use this site we will assume that you are happy with it.Ok