Where are the Best Beaches in the UK? - Allens Caravans

Where are the Best Beaches in the UK?

The UK is an island which means the entire nation is surrounded by a rugged coastline. No matter where you are in the UK, you’re never far from a beach.

In fact, with over 1,000 beaches in total, you’re spoilt for choice! From traditional rocky beaches with ice cream trucks, fair rides and rock shops, through to white, sandy beaches with crystal clear water, the UK truly has a diverse range of beaches to suit every preference.

If you’re looking to explore more of Britain’s coastline but don’t quite know where to start, we’ve put together a list of some of the best beaches the country has to offer, ensuring there’s something for everyone.

Land’s End in Cornwall is one of the most popular holiday destinations in the UK, and for good reason. It’s the most westerly point in mainland England and it is where many keen hikers start their journey to John O’Groats.

The area is famed for its spectacular cliffs which have been defined over thousands of years by fierce waves coming in from the Atlantic Ocean. Aside from the infamous sign that is a photo hotspot, Land’s End is home to a multitude of beaches, including the fishing cove of Porthgwarra Beach, where Poldark was filmed.

If you want something a bit sandier, Porthcurno Beach is the place to go. The white sand makes it ones of the best sandy beaches in the UK. Whichever option you choose, you’ll be spoilt for choice in terms of accommodations and things to do. Independent shops, boutiques and eateries stud the breadth of Land’s End, as well as dolphins, whales, seals and a whole host of birds of prey.

Wales was the first country in the world to have a coastal path that follows the entire coastline of the country, spanning over 870 miles and encompassing a wealth of beautiful beaches along the way. Clarach Bay is just one of those beaches, but it deserves a special mention as one of the best beaches in the UK thanks to the abundance of unique wildlife.

From spring through the very end of summer, you can see a broad selection of sea-life surrounding the bay, including dolphins. There are lots of rock pools that pock the beach, allowing visitors to get up close and personal with crabs, starfish and other rock pool dwellers.

Clarach Bay is close to Aberystwyth, meaning you can explore one of Wales’ top cities without going too far. When you stay at our Glan Y Mor holiday park, you’ll wake up every day to beachfront views, and you’ll be in close proximity to the roads that take you to Abersytwyth should you want to see more of Wales. If not, the sandy beach and rich sea has plenty to offer, including stunning views and plenty of wildlife to keep you company. 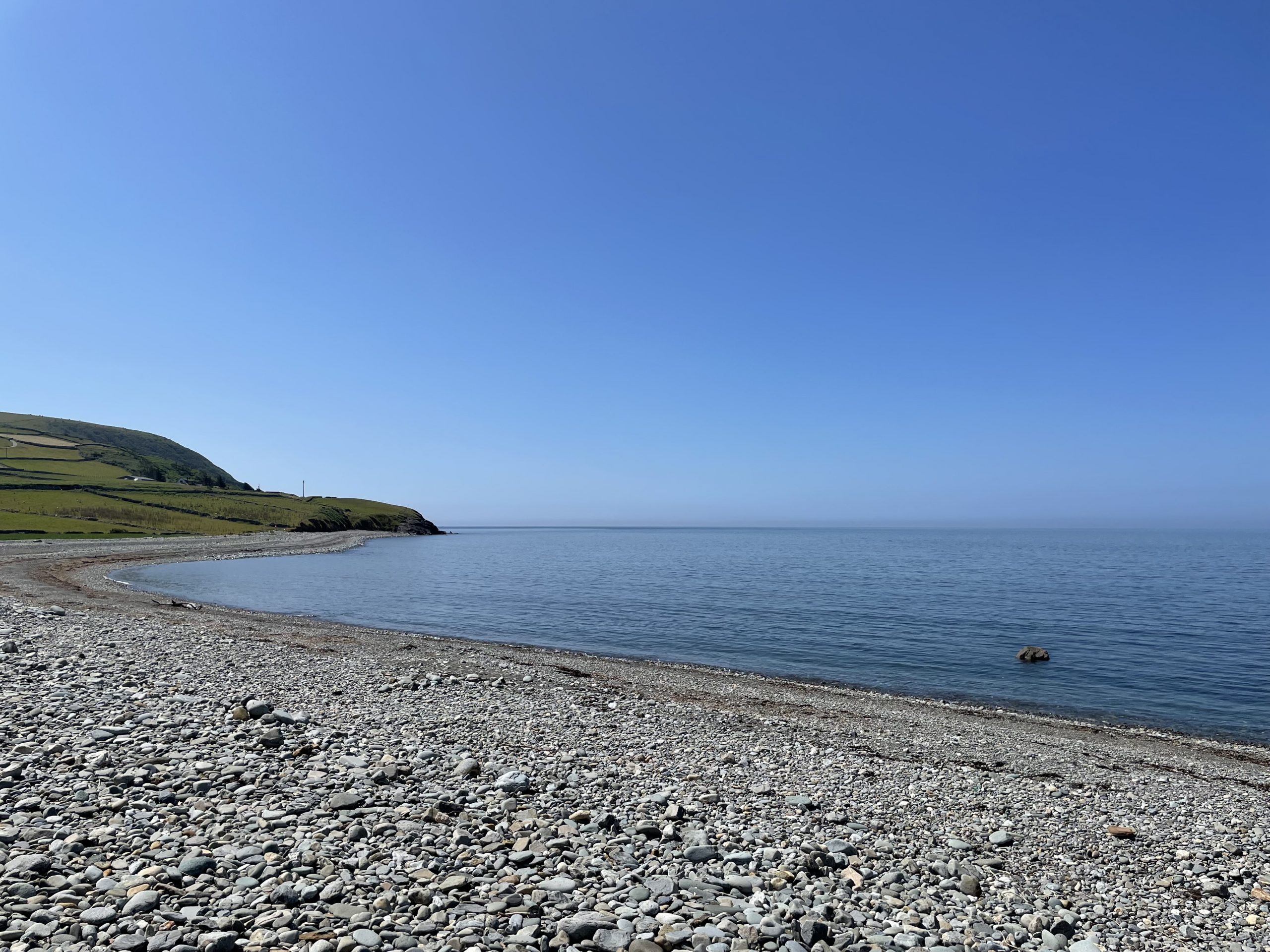 Head north of Clarach Bay to Cumbria and you’ll find St. Bees, a sleepy village in the west that happens to encompass one of the best beaches in England. The village itself has a rich history, with the story going that an Irish nun called St. Bega became shipwrecked and asked to build a priory. She was told that she could build one on areas where snow fell the next day – but it was the middle of summer. By a miracle, snow did fall and she was allowed to build her priory, and there was no finer place to build it.

St. Bees has four miles of dramatic cliffs defining the area, and the red sandstone from the cliffs has been used for many years to build a multitude of buildings throughout the county. Along with the impressive, rugged coastline you’ll find England’s sole colony of Black Guillemots, as well as one of the most popular sea birds – puffins.

St. Bees is often overlooked, but if you want a quieter yet no-less impressive beach to visit, this is one to consider.

Scotland is arguably one of the most stunning locations within the UK, known for its mountainous terrain and oodles of green space. The mainland is surrounded by smaller islands, including the Isle of Harris which is home to Scarista Beach.

Golden sand lines the beach, offering unrivalled views of the surrounding terrain which are simply breathtaking. As well as walking along the coast, you can put a wetsuit on and surf the waves as Scarista is one of the best surfing beaches in the UK, or you can take a swing at the nearby golf club.

Scarista Beach is the place to go if scenery and a quiet environment are on your beach checklist. 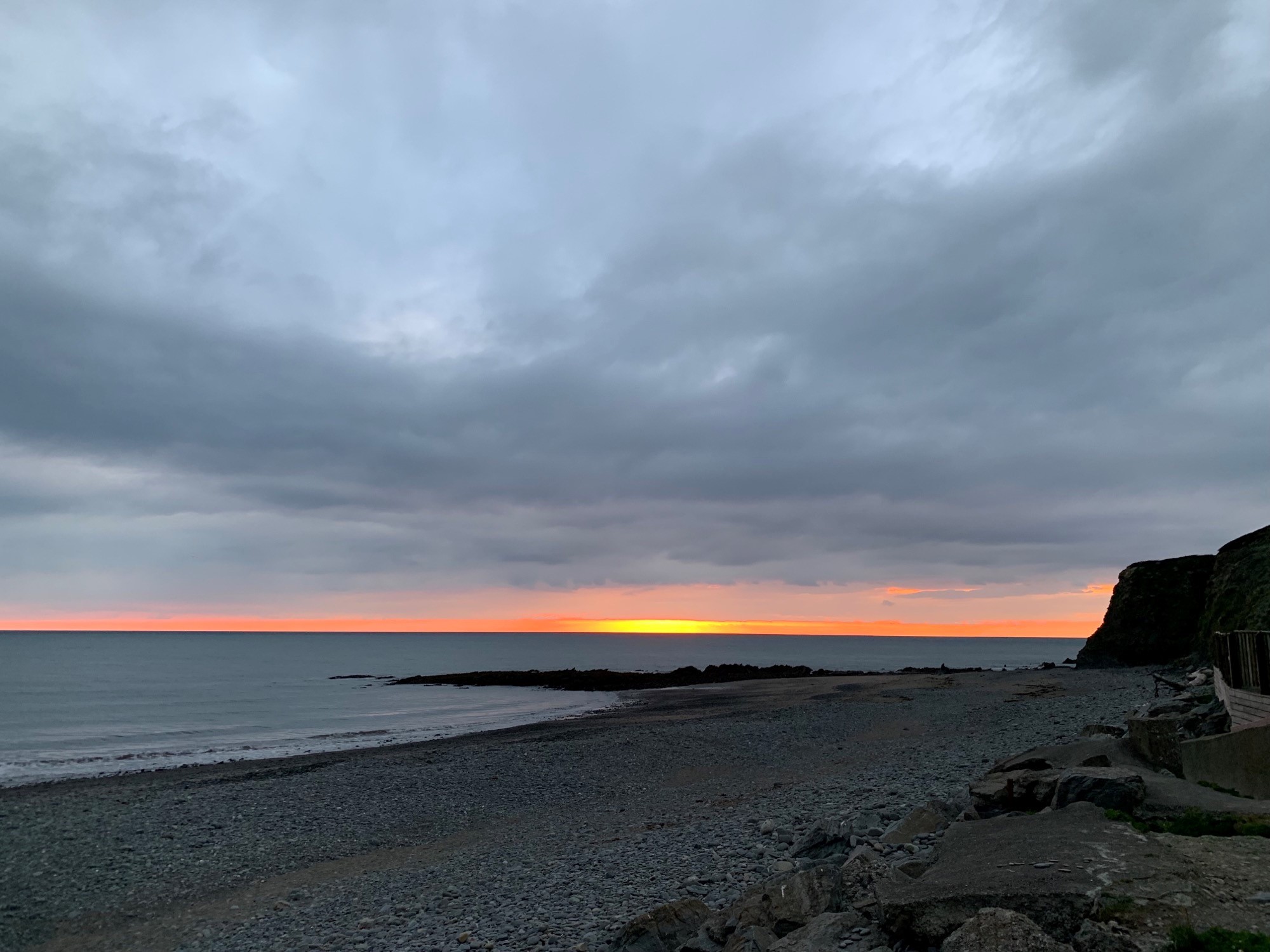 The final beach on our list of the best beaches in the UK is Cardigan Bay, located in Pembrokeshire, Wales. It is home to our Sunbeach holiday park which is located right on the beachfront, so if you’re looking for the best UK beach holidays, it doesn’t get much better than this.

You can walk along the infamous coastal path, go dolphin spotting, or dip your toes in the fresh sea that laps at the sand. You could even go sea fishing, or explore the rock pools that appear when the waves retreat back to the open sea.

If you want to book a beach holiday and explore more of the beautiful UK coastline, Allens Caravans has a solution for you in the form of our Glan Y Mor and Sunbeach parks. Alternatively, view our full range of holiday parks to see what else the heart of the UK has to offer.

Have you ever considered living on one of our residential parks? Our residents detail their experien...

Have you ever wondered what it's like to live on a residential park? Thanks to some of the residents...

Have you ever considered living on one of our residential parks? Our residents detail their experien...

Have you ever wondered what it's like to live on a residential park? Thanks to some of the residents...

How to Book a Holiday at Allens Caravans

Looking for somewhere to go for your next holiday? Allens Caravans has a number of parks across the ...

The Differences Between a Holiday Home and a Residential Static Caravan

Are you aware of the various differences between a holiday home and a residential static caravan? Al...

A Day in the Life at Wootton Hall

Have you ever wondered about the real-life experience of living on one of our residential parks? Wel...

A Day in the Life at Leedons Park

Are you considering making the move to one of our residential parks? Why not learn more about a real...

Thinking about moving into a residential park home but want to know more about getting an internet c...

From Warwickshire to Wales, read all about Carolyn's unique experiences across two of our luxury hol...

What Bills Do I Need to Pay in a Static Caravan?
Recent News 10th Jan 2022

What Bills Do I Need to Pay in a Static Caravan?

As with any property, the upfront costs are only a fraction of what needs to be paid when residing i...

Read all about Ann and Jim's special journey to the blissful Springs Holiday Park located in Worcest...

Have you ever considered living on one of our residential parks? Our residents detail thei...

Have you ever wondered what it's like to live on a residential park? Thanks to some of the...

How to Book a Holiday at Allens Caravans

Looking for somewhere to go for your next holiday? Allens Caravans has a number of parks a...

How to Book a Holiday at Allens Caravans
View more results